Ten years after the EHR-promoting HITECH Act was passed, many EHRs still struggle with functionality, are not user friendly, don’t “talk to each other”, and even malfunction, according to Fortune and Kaiser Health News. Most of of the time, these issues merely result in frustration among physicians and staff. The Fortune/Kaiser article makes clear that EHR problems are resulting in outcomes far worse — including patient injury, permanent disability and even death. 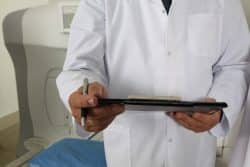 Image by valelopardo from Pixabay The average ER doctor will make 4,000 clicks over the course of a shift.

Here are a few horror stories that resulted from EHR software either malfunctioning, being improperly configured, or being misused:

Some of these cases involve litigation against the EHR vendors.  Settlements are possible, but most EHR vendors have air-tight “hold harmless clauses” in their contracts which protect them from liability.  In other cases, providers often can’t blame the EHR vendor because some problems are a result of misconfiguration and/or lack of training which is the provider’s responsibility.

All risk assessment findings should be shared with the organization’s leadership including the owner(s), top management and/or or board of directors. Ultimately, these risks must be evaluated and managed at this level.

Use Eagle's Risk Assessment JumpStart to Protect Your Organization

Receive this four page guide to help you assess your security risk and begin taking the right steps to avoid penalties and cyber attacks.

You have Successfully Subscribed!